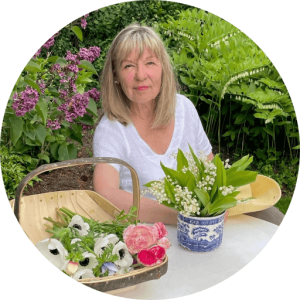 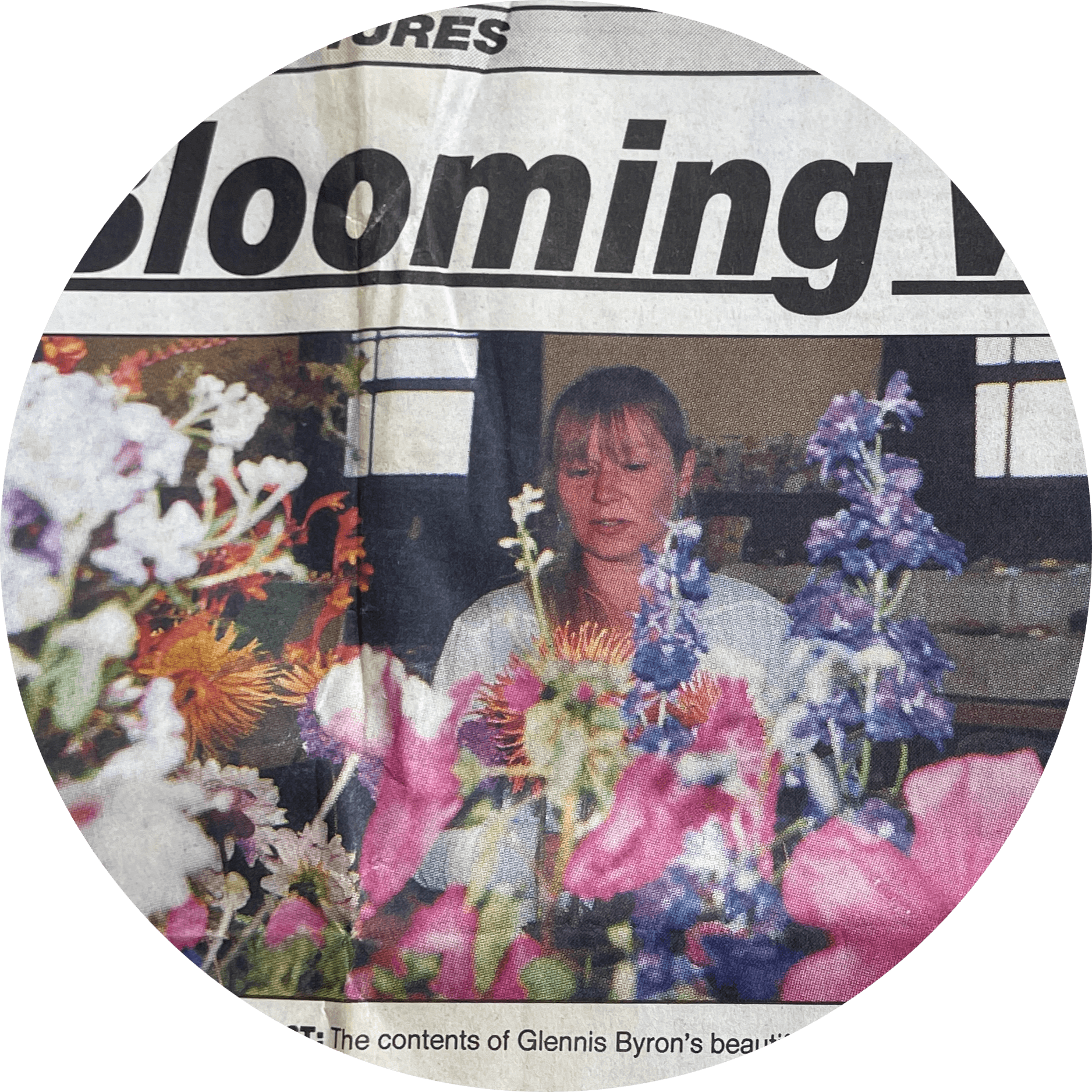 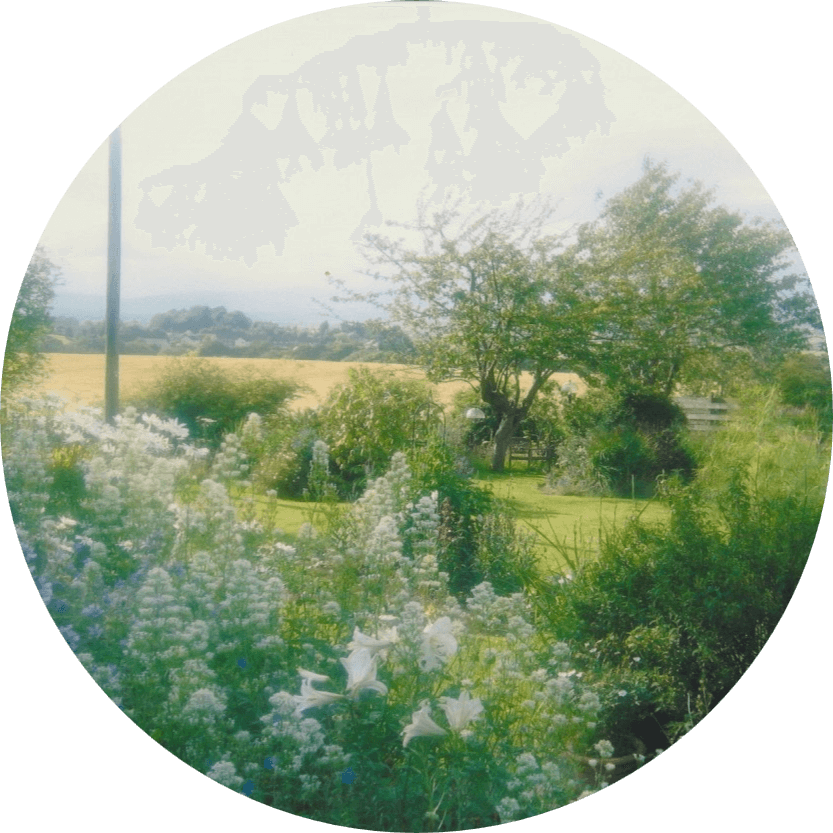 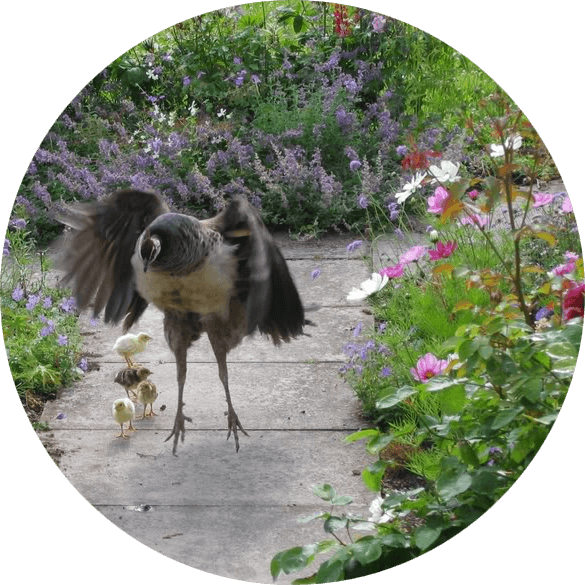 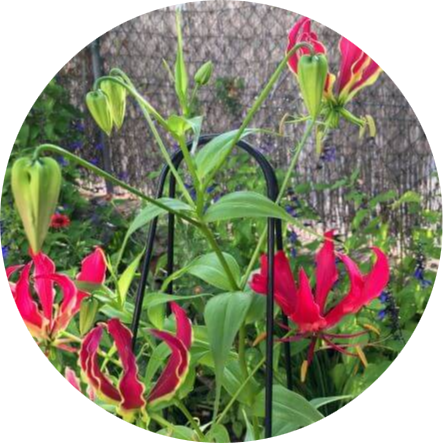 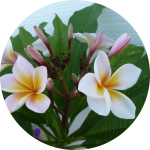 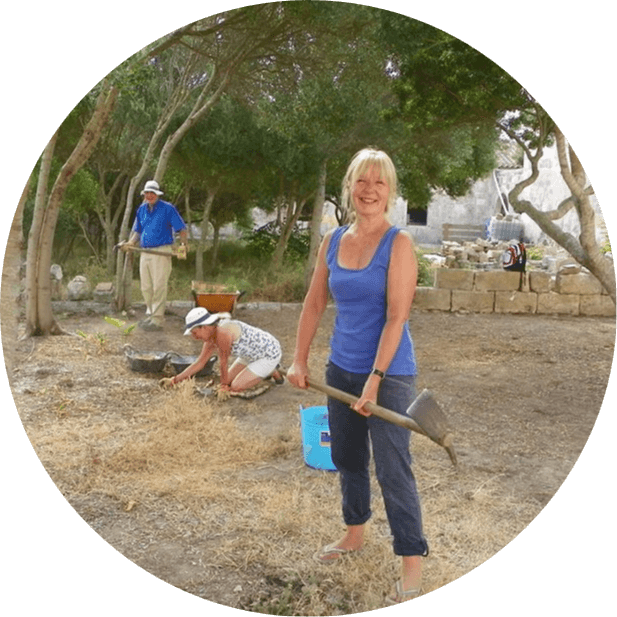 I’ve always loved flowers and my earliest and most enduring influence in this respect was my great-aunt Olive. While my parents were in India, I was at boarding school in North Wales, and Auntie Olive – from the posher side of the family – regularly took me out to lunch at a swish hotel, a treat that would invariably be followed by a trip to a local florist. Here she would sniffily guide me past the ‘vulgar’ gladioli and the ‘oh-so-common’ carnations to the silver bucket packed with bunches of anemones, the buds just beginning to unfurl and hint at the vibrant jewel-toned flowers within. All these years later, my favourite flower remains the anemone … and I too can get sniffy about gladioli and carnations.

While I’d always gardened on a small scale, my first significant garden was in Scotland, where I taught English literature at the University of Stirling. We lived in the (then) secluded village of Kippen, where I became the treasurer of the local flower society and learned much about gardening from many lovely people. This was my opportunity to grow a lot of flowers and I was so proud of the prizes I won. I still have the cutting from the local paper from my first show in 1999.

After a few years I needed more land, and we moved a few miles to the outskirts of Gargunnock. It was a beautiful setting, surrounded by fields and woods with stunning views of the Trossachs in the distance. It was also an old sawmill site and an environmental disaster. But by the time we left many years later, the land was at least partly recovered. We had a 76-foot polytunnel for tomatoes, cucumbers, peppers, and general propagation plus 30 raised beds my husband and I built for outdoor crops. And the house itself was surrounded by flowers in the cottage garden style, the organised chaos that continues to be my preferred approach today.

And the garden thrived despite the constant attentions of a variety of beings, including our four hens in the back garden and the peacocks that arrived from a local small holding, decided to stay and - to the horror of the neighborhood – rapidly multiplied. There were pheasants that escaped from the pens up the hill where they were raised for the shoots and an assortment of deer and rabbits. And then there was the weather. At the time, I felt up to the challenge. Now I feel exhausted just thinking about it.

The next garden I created was when we moved to Menorca, a small island off the coast of Spain. While many Spanish gardens focus on bougainvillea and oleanders and pelargoniums, the climate also turned out to be surprisingly congenial to many of the English cottage garden flowers I love. I developed a passion for roses and clematis, which grow far more impressively there than in any English country garden. And at the same time, I could experiment more with sub-tropical plants and bulbs, as well as those from various Mediterranean climates, such as California, central Chile, and the Western Cape.

For a time, I worked as a volunteer in the gardens on the Isla del Rey, the old hospital island in the port of Mahon (now also the site of an art gallery and a lovely garden designed by Piet Oudolf). I was also lucky enough to become the garden columnist for Roqueta, Menorca’s English language magazine.

After about eleven years in Menorca, we moved again in 2021, this time to Victoria in British Columbia, Canada. For the first time we bought a house where there was already a well-established garden, full of unknown plants (and a frightening number of rather nasty weeds). This will doubtless be my last garden, and this is where my blog begins.

While I still dabble in vegetables and admit to a few shrubs, my heart belongs to flowers and so they are the focus of The Gardener’s Cut. My garden has to provide me with cut flowers for the house and to give to friends and so my choices about what to plant will often be informed by what I like in a vase. How could there be summer without sweet peas?

At the same time, The Gardener’s Cut inevitably reflects my thoughts about gardening more generally. For me, a garden is a process not a product: there’s no final cut. Gardening is about dreaming, planning, anticipating, assessing … and then sometimes changing my mind, digging it up, cutting it down, chucking it out, and starting again.

It’s the process that I enjoy: experimenting, pushing the boundaries of what I’m told is possible. My garden is my laboratory, and my sense of wonder at seeing a seed germinate, a cutting take root or a bud burst into bloom will never fade.
Copyright © 2023 The Gardener's Cut