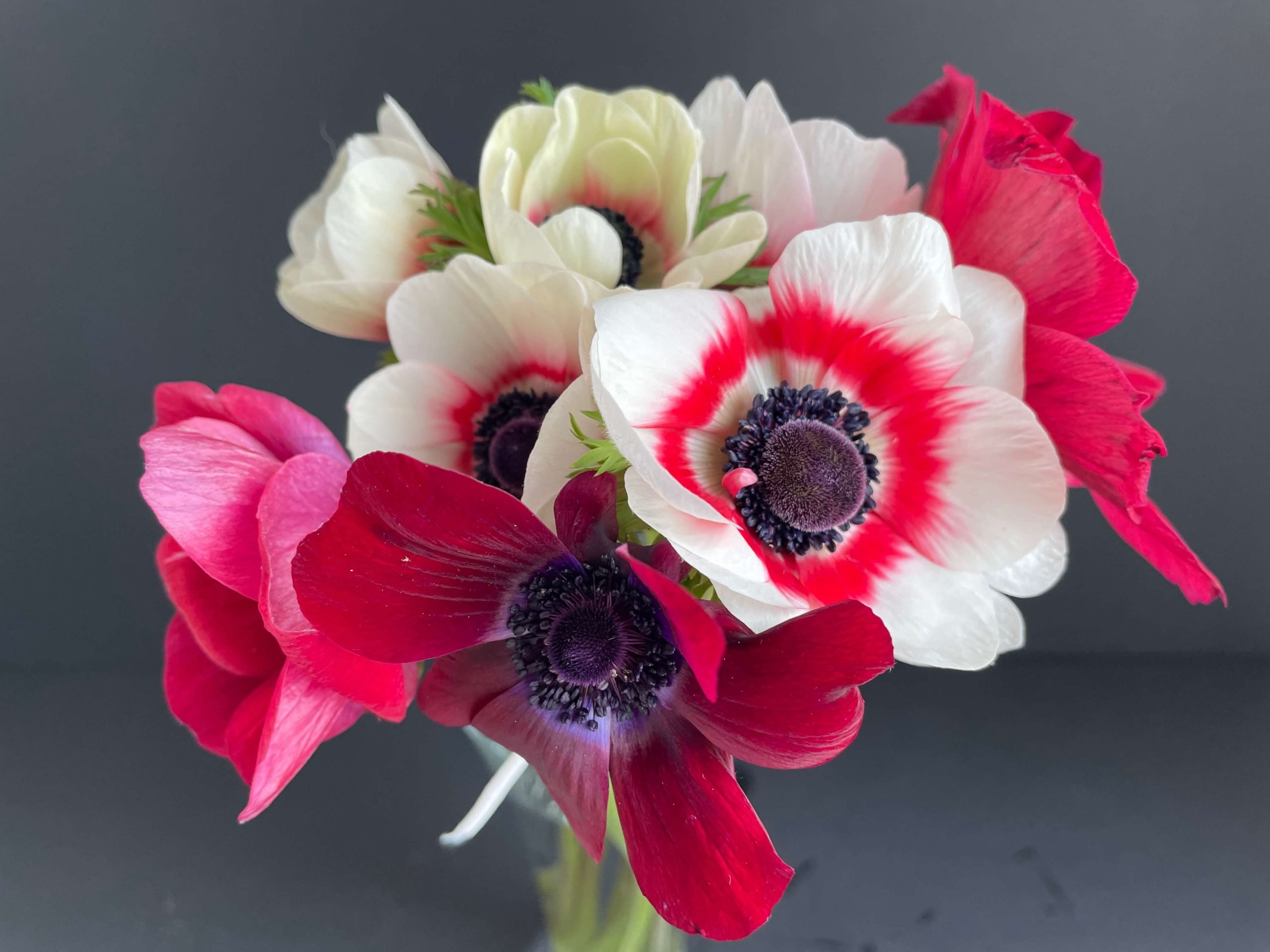 I've been experimenting to see if I could have an autumn flowering of Anemone coronaria. I used to manage this in Scotland, although never very satisfactorily. Because of the rain we used to get there in the summers, the plants were often rather sad specimens. Here in Victoria, with the drier warmer summer, they have done very well. I got the tubers on sale for half price once the spring bulb season was over and planted them at the beginning of July. Planting to flowering was much quicker than in the spring - it took about six weeks. I imagine this would work in most places with similar dry and warm summers. If you're interested in trying it next year, this is what I did.

Take a plastic crate (the kind in which they deliver fruit to supermarket, but you could buy one of those stackable crates from a hardware shop - the holey kind, not the solid ones). Put a layer of thin cardboard on the bottom and then line the whole thing with several layers of newspaper and fill with moist compost. Soak the anemone tubers for 3 hours and then plant them, covering with about an inch of compost. I put 6 tubers in each crate. Place the crate where it will get dappled shade. You don't want want direct sun on them in high summer - while they are Mediterranean plants, they are also cool season plants. Keep just moist but don't drench them.

Once I knew that it had worked, and I saw a number of buds coming up, I then transplanted them into pots to replace some of the summer bedding that was beginning to look a little tired. Take as much of the soil as you can with them to minimize root disturbance. I put three plants to a 10 inch pot. Keep them in partial shade and you should have lots of beautiful flowers throughout the autumn. Next year they will revert to their normal spring flowering season.

My only complaint? The packet marked 'Blue Poppy' turned out to be a De Caen mix, and so far, they are all looking very red.