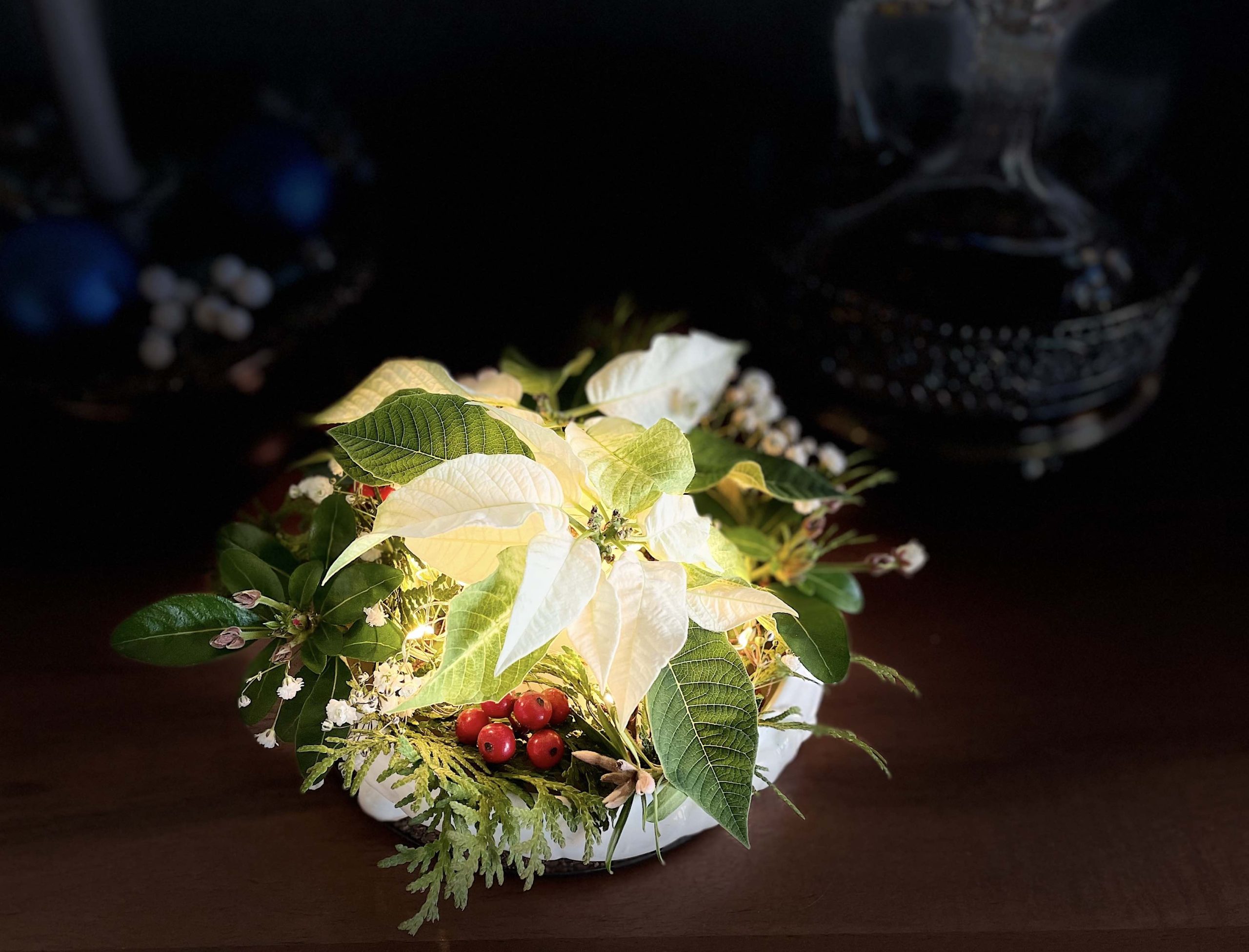 My latest toy - an early Christmas present to myself - is a pansy ring bowl. These flower holders have a round tubular shape and are specifically designed to display small flowers that have short stems, but more particularly to display the heads of flowers that tend to droop on their stems to their greatest advantage.

It will be perfect for double snowdrops, Galanthus nivalus 'Flore pleno', for example, which have the most beautiful intricate green and white markings, markings that are normally difficult to see unless you stick your head under the flower and look up.

I've been unable to find out very much about these pansy rings, but they seem to have been very popular in the 1950s and so some readers may recall their mothers or grandmothers using one. There are a number available on Etsy and Ebay - not all that difficult to find - and the most commonly available are vintage rings from Goebel Porcelain in Germany.

There's a distinct lack of interesting pansies in the garden centres at the moment, as every corner is still given over to trees, wreaths and the like, but I managed to get just enough violas from my garden to try it out and I thought it looked rather pretty.

But, after all, it's Christmas, and so I thought I should see how well it worked to create a small table wreath. A little bit of cedar from the hedge, some choisya (wishing I had some viburnum in flower), gypsophila and a few holly berries and it started to look a bit more seasonal.

You could, if you wanted, put a candle in the middle, but I went with some fairy lights instead.

The battery pack of the fairy lights was a touch obtrusive so I placed the ring on a piece of cloth and put the batteries underneath.

Alternatively, you could place a small shallow bowl of water on top of the battery pack (mine is indoor/outdoor and waterproof) and place a couple of poinsettia bracts in it.

Does anyone else have a pansy ring bowl and know anything more about them?