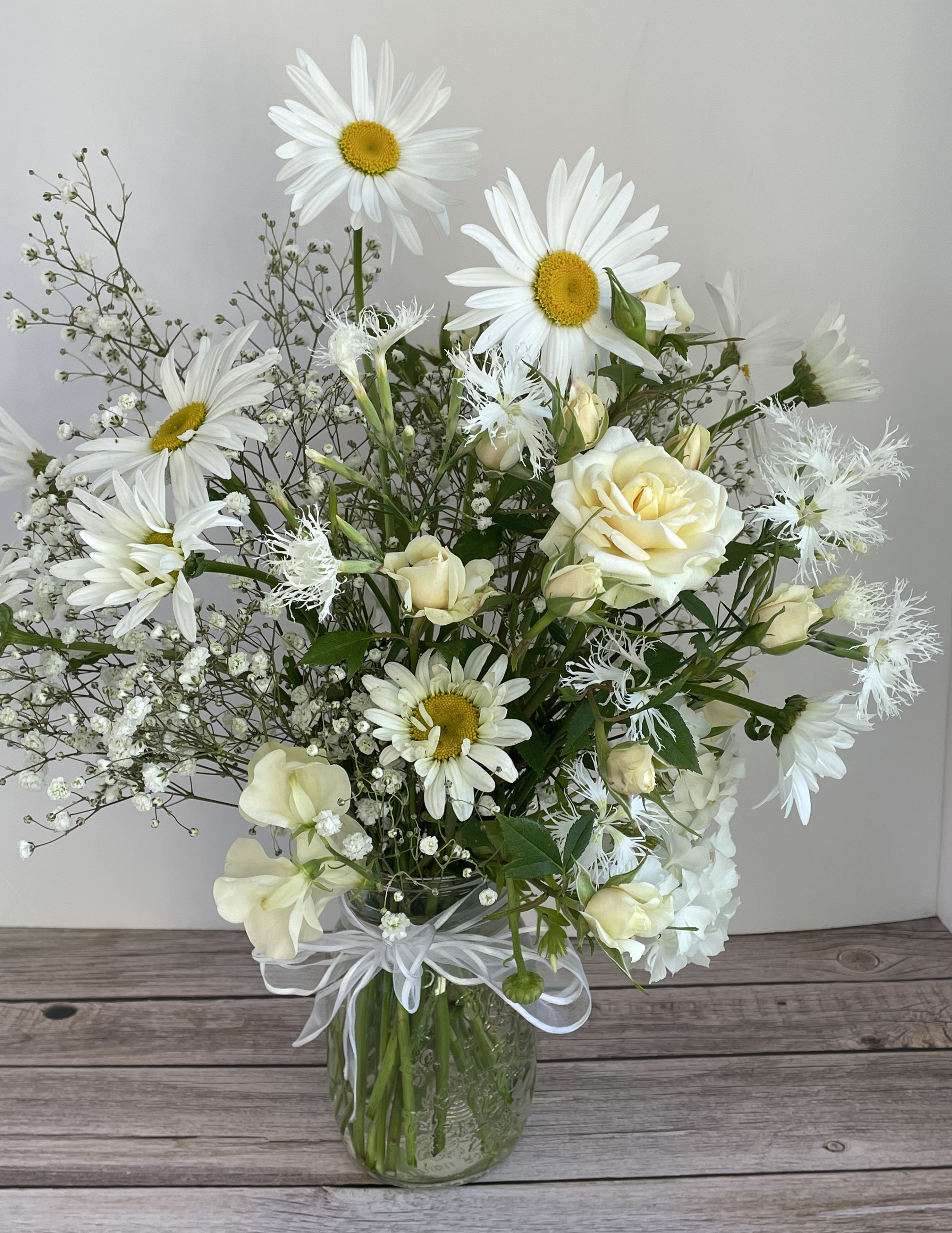 The trouble with white flowers

'I am trying to make a grey, green and white garden,' wrote Vita Sackville-West in The Observer in 1950. 'This is an experiment which I ardently hope may be successful, though I doubt it. … It may be a terrible failure. …  All the same, I cannot help hoping that the great ghostly barn-owl will sweep silently across a pale garden, next summer, in the twilight - the pale garden that I am now planting, under the first flakes of snow.'

Sackville-West's doubts were decidedly misplaced: the White Garden at Sissinghurst has become one of the most admired and imitated gardens in the world. But if you visit during the day, the reason for its fame may elude you. This is a garden designed to be seen after sunset.  The family and their guests had to pass through the area each evening to reach the old Priest's House where they met for dinner. Bathed in moonlight, it is a magical place; under harsh sunlight or grey skies, it can appear surprisingly drab.

I would, nevertheless, love such a garden. I adore white flowers. But I do wonder about the number of gardeners devoted purely to deadheading at Sissinghurst. Because white flowers have one big problem: many of them do not die nicely. And yes, I know, as someone pointed out to me when I made this comment before, we can't all be Allie McGraw.

Obviously flowers of other colours can die off unpleasantly too - Heliotrope springs immediately to mind - but white seems particularly cursed because the browning is so much easier to spot. And perhaps there is more to it than this. Christopher Lloyd, not exactly a cheerleader for white flowers, observes in Colour for Adventurous Gardeners that a 'great burden of unsullied purity is borne by the colour white. Cold, staring and assertive, it draws your eye but makes you wish it hadn't.' While I feel quite differently about white flowers, I wonder if perhaps he has hit on something here, and that it is this cultural 'burden of unsullied purity' that makes the fading, the browning, the decay of the white flower so particularly distressing.

Some of the worst offenders seem to be shrubs and climbers. My white clematis 'Duchess of Edinburgh' asserts her right to cling on to her dying petals until they are dry enough to be whisked away by the wind. And white camellias are the very worst, usually turning brown at the edges even before the flower is fully open. Constant deadheading is essential, and each time you lose half the flowers. Christopher Lloyd again: 'Everything has a price; the romance of white must be paid for.'

I was so disappointed in a much-lauded summersweet, Clethra Sugartina 'Crystalina', that I bought (at some expense) this year. Not only am I unable to smell anything sweet (well ... anything at all actually) but it dies a really horrid death, with the bottom half of the flowers turning brown and clinging to the raceme while the top half is still opening. I foresee a bit of spade pruning on the horizon for this shrub.

Then there was the white Japanese spirea I inherited which was heart-breakingly lovely for a few days when the flowers started to open, but so nasty once a few flowers in each cluster started to turn that I cut it right down and covered it in black plastic and bricks. (Hence no photo.)

Certainly not all white shrubs are suspect. I have seen white hydrangeas age very prettily, and the Daphne 'Eternal Fragrance' that I bought at the same time as the Clethra has been a huge success: pretty little clusters of white tubular flowers that drop off as they fade and a fabulous scent.

So which white flowers die the worst deaths? It's something I've been thinking a lot about after the (expensive) Clethra fiasco. White flowers with racemes or spikes or umbels are more obviously more likely to have parts turn brown before all the florets are finished opening: think for example of Lysimachia cletheroides (gooseneck loosestrife) or white versions of Achillea and Liatris, both of which in their white forms look increasingly grubby as they age. Even if you are assiduous about deadheading, which I'm afraid I'm not, when are you supposed to snip?

It all seems a bit hit or miss. Caveat emptor. A white amaryllis works well and lasts for ages; a white dahlia soon begins to look shabby.

This is one of the reasons why, although I prefer buying bare root, when it comes to white roses I go for the potted, because I want to see the rose in all its flowering stages before I commit. And while normally at a garden centre I will always prefer the stocky plant that has not yet started to flower, if it is a white flower I will take a very careful look at the others on offer that are flowering.

The white flowers that we can usually be confident about are those that provide interesting seed heads, both for arrangements and for the birds. Nigella is great for this, and I like the white forms even better than the blue: they include 'African Bride', 'Albion Green Pod' and 'Albion Black Pod'. There is no ugly stage at all to this very useful annual.

Another example would be Japanese anemones, which also go through an attractive cycle, from the bud to the flower to the seed head, which, while not as arresting as that of the nigella, is still very pretty and similar in form to the bud.

Similarly, Amberboa 'The Bride' conveniently starts to brown only at the back, and leaves behind a seed pod very similar to the bud. Also known as Sweet Sultan, these annuals are well-behaved plants, discreetly fading with a lovely fragrance.

Papery flowers are also usually reliable. I'm not keen on white statice or strawflowers, but I very much like white Astrantia. I never find that dead heading leads to much re-blooming with Astrantia, so I'm happy to leave them alone. The bracts usually look good long after the flowers finish, and they make good additions to dried flower arrangments.

Then there's the flowers that are kind enough to quickly drop their petals when they start to go over.

I grew a number of Delphinium New Millenniums from seed this year, and the white forms have been beautiful. Their spikes age very gracefully, dropping the petals of each old flower on the spike as new ones open further up and never disfiguring the plant as a whole. Compare this with Gladiolus murielae, so elegant in flower, but so determined to hang on to its drooping spent petals that it ends up looking a dreadful mess.

No matter. White flowers remain my favourites, and I'm off to plant some daffodils - white, of course.